Rossana Mercado-Rojas (1982) is a Peruvian artist, curator and one of the founders of the woman art-collective Hysterix in Peru. Her artistry explores topics such as public space, gender, power structures and art pedagogy. With a BA in Paint from PUCP, in Peru and a MFA in Curatorial Practices at Konstfack in Stockholm, Mercado-Rojas is currently doing Post-Master studies at The Royal Institute of Fine Arts in Stockholm.

The exhibition shows Mercado-Rojas mixed-media installations, which encompasses video, textiles, crafts and painting. These works originates from the artist´s personal experiences of bodies that play a crucial part in her life, considering a political and activist stand on performativity that utilises the body as an art-material and design language. This language opposes cultural images of the female body as “weak”, “different” and “awkward”- which is best described through Hysteria as a concept. When her work visualises patriarchal power structures that have an impact on the artist´s own life, work and practice – as for millions of women, mothers and daughters – they unify the Hysterical with a collective history.

The exhibition´s focus on the Collective will also serve as the official inauguration of Galleri Majkens new formation. A gallery, which, as of now, is run by a feminist board of women from various disciplines in practice and theory – who work together for equality in the art world. As a gallery with no permanent residence ‘Hysteriska Historiska’ will be the first of many temporary exhibitions that Galleri Majkens produce on various locations across Stockholm. Places that belong, highlight, or bring contrasts to the themes of the exhibitions.

Therefor, the given choice for the whereabouts of Rossana Mercado-Rojas solo show was the gallery space at ABF – the Workers Educational Association, which is situated in the house of ABF in Stockholm City. For a brief period in time, the spot will link Galleri Majkens to ABF´s century of collectively working towards popular adult education, which early on also involved women. Mercado-Rojas exhibition will come full circle as the artist includes video works by Paola Torres Núñez del Prado and Ami Kohara, as well as her colleague from Hysterix: Angélica Chávez Cáceres. 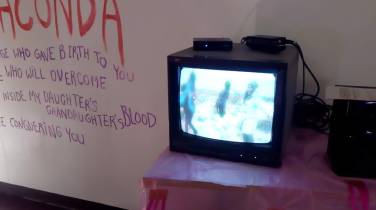 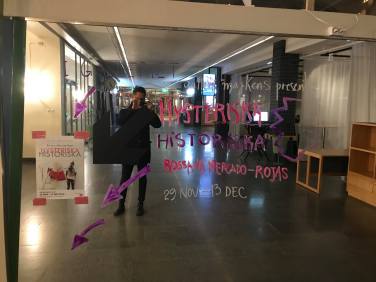 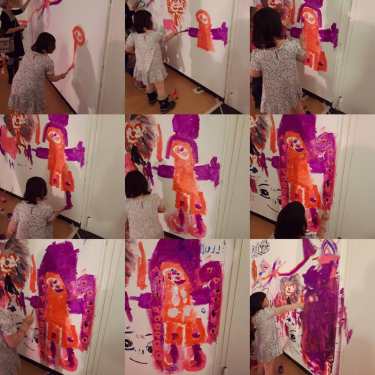 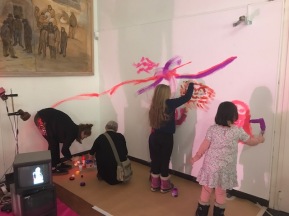 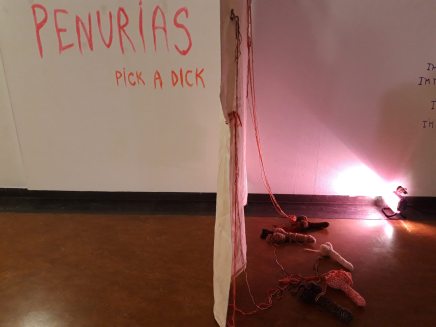